Three new retailers are coming to Waverly in south Charlotte 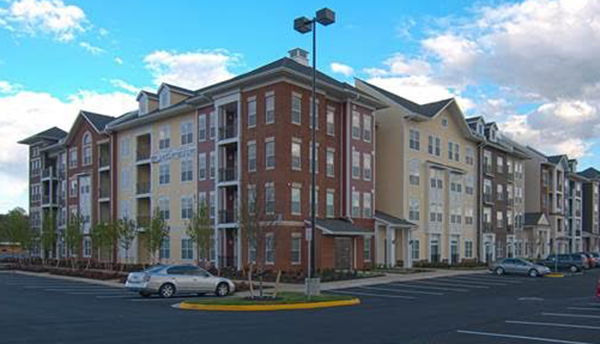 Virginia Beach-based Boyd Homes cut the ribbon last month on Element at Stonebridge, a 400-unit apartment project that completes the first residential piece of the larger Stonebridge mixed-use development where the former Southside mall once stood.

Rents range from under $1,000 a month for the studio apartments to $1,700 for the two-bedroom units. Amenities include a saltwater swimming pool, clubhouse and fitness center.

The $60 million apartment project has been three years in the making. Boyd Homes bought its 17-acre portion of the larger development site in 2013 for $3.45 million, and construction got underway in November 2014.

“We already have tenants who have moved in, and we are seeing great interest,” said Boyd president David Rudiger. “We’ve got a lot of people signed up, and we are seeing a lot of interest from folks that are moving from homes, actually, into apartments.”

Rudiger said such interest has come from younger renters as well as older homeowners looking for a lower maintenance lifestyle in a smaller living space.

An additional 200 apartments are approved for the site, and Rudiger said those units would come be built after this first phase is filled.

“We’re just looking to get this one up and running and stable, and then we’ll move onto the next one,” he said.

A University of Richmond grad, Rudiger said he was drawn to the Stonebridge project for its location – beside Chippenham Parkway at its interchange with Midlothian Turnpike – as well as his own familiarity with the mall.

“I grew up wandering the halls of Cloverleaf Mall, and when I heard that that area was being redeveloped, it really piqued my interest as something we’d like to be involved in,” he said. “It’s a great location, and when we saw the plans for it and how it was going to be done, we thought that it had the potential for being a really cool neighborhood in Chesterfield.”

Charlotte, North Carolina-based Crosland Southeast is the master developer for Stonebridge, which is a joint venture between the developer and Hartford, Connecticut-based Hutensky Capital Partners. Crosland partner James Downs lauded the completion of the apartments, which he said would help fuel the remainder of the development.

“We are very encouraged with the continued progress that Boyd Homes is making with the multifamily component of the Stonebridge development,” Downs said in an email. “The completion of the residential component should help serve as a catalyst as we continue efforts to expand the retail and commercial components.”

Downs did not elaborate as to a timeline for starting the second phase of the development.