Three new retailers are coming to Waverly in south Charlotte

Waverly in south Charlotte is coming together. See 25 of the tenants who have committed so far 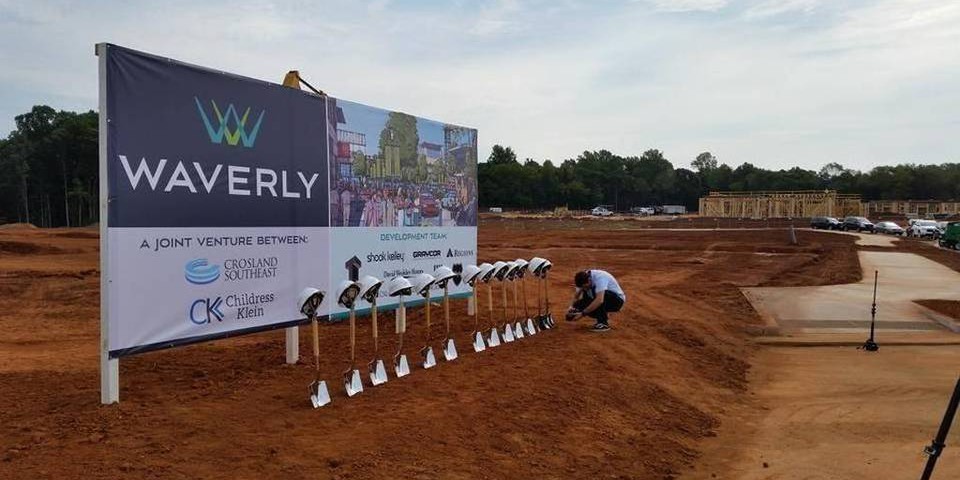 May 25, 2016 – by Katherine Peralta
The Charlotte Observer

“We are excited to bring in upscale, locally owned businesses like District 5 Interiors and Simply Grand! for those neighbors who wanted a gift boutique and high-end fashionable home furnishings at Waverly,” Chris Thomas, a partner at Childress Klein, said in a statement.

Construction on Waverly, one of the largest mixed-use developments underway in Charlotte, began last August. Developers Crosland Southeast and Childress Klein are spearheading the project.

An opening date for the three newly announced tenants was not immediately available.

Here are the details on the new retailers:

▪ Simply Grand! will open a 2,630-square-foot boutique in Waverly. The retailer offers Southern style clothing for men, women and children, as well as accessories, décor and gifts.

▪ Mattress Firm will open in a 4,018-square-foot space facing Providence Road, next to CVS.

Read the original article in The Charlotte Observer.