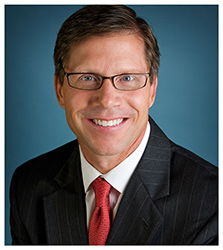 One has been extensively covered, totally overshadowing the other.

Sittema, as managing director of Crosland Southeast, is turning those 87 acres into a walkable, urban-style development in a traditionally bedroom community known as a common place to rent your first apartment in Nashville. Announced tenants include a Sprouts Farmers Market grocery store and a Carmike movie theater, which are part of the project’s 350,000 square feet of retail and restaurants. Fellow Charlotte-based developer Crescent Communities plans a 337-unit apartment complex.
The mall closed almost eight years ago, and the property has been largely dormant ever since. The fully financed development, spearheaded by Crosland Southeast and new equity partner Branch Properties LLC, is one of the largest ringing the city center, as shown on our Crane Watch development map. Metro granted the project $15 million of public aid, underscoring its importance in the eyes of city leadership at a time when one of the city’s most-debated issues is how the surging rent and home prices in Nashville impacts growth in the city center and outlying communities.
Lost in all that? One Bellevue Place is also designed to include up to 350,000 square feet of office space — an amount equal to the retail piece that’s receiving all the attention. Plans designate at least 1,200 parking spaces for office users, which gives you a sense of how many workers might one day have their jobs located in those buildings. That kind of office growth triggers more demand for housing, shopping and restaurants.
Sittema and his real estate broker, Rob Lowe of the firm Cushman & Wakefield, are on the hunt for the type of name-brand anchor tenant that can draw others to Bellevue. They’re aiming for the same result city officials and developers are hoping to achieve in the wake of the $66 million office investment announced last year in Antioch by hospital giant Community Health Systems Inc. (NYSE: CYH). The two communities are almost the same distance from downtown, about 12-14 miles, right on the interstate.

Sittema’s pursuit of office tenants comes at a time when more companies are looking to expand in, and relocate to, Middle Tennessee. In Davidson and Williamson counties, they’re being confronted by a record-low supply of top-grade office space available to rent.
“It’s not immediately obvious there would be office demand, but really, that’s because nobody has tried it there. There is no meaningful scale of opportunities,” Sittema said in an interview. “It just does not exist right now.
“The office transforms the housing stock, and those rooftops will need groceries, retail and the types of amenities our project will offer,” Sittema added.
Sittema made clear his preference is to develop office space. As currently designed, One Bellevue Place could include three four-story office buildings, each with about 120,000 square feet. Sittema said it was too early to pinpoint what rent the space might go for, but he contended the buildings can be built at a “materially lower price point” than office space downtown or in Cool Springs, where the price for land is rapidly rising in step with construction costs.
“We have other users that can go on that office space, today. We’re saying, intentionally, that the project is better — and the community is better — with office,” Sittema said. “We’re doing the project either way, but we’re saying it is better with office.”
“We’re going to try to be patient. We’re planning to take another six to nine months to let office demand develop,” Sittema said. “It takes that kind of lead tenant, like CHS, to really kickstart it.”