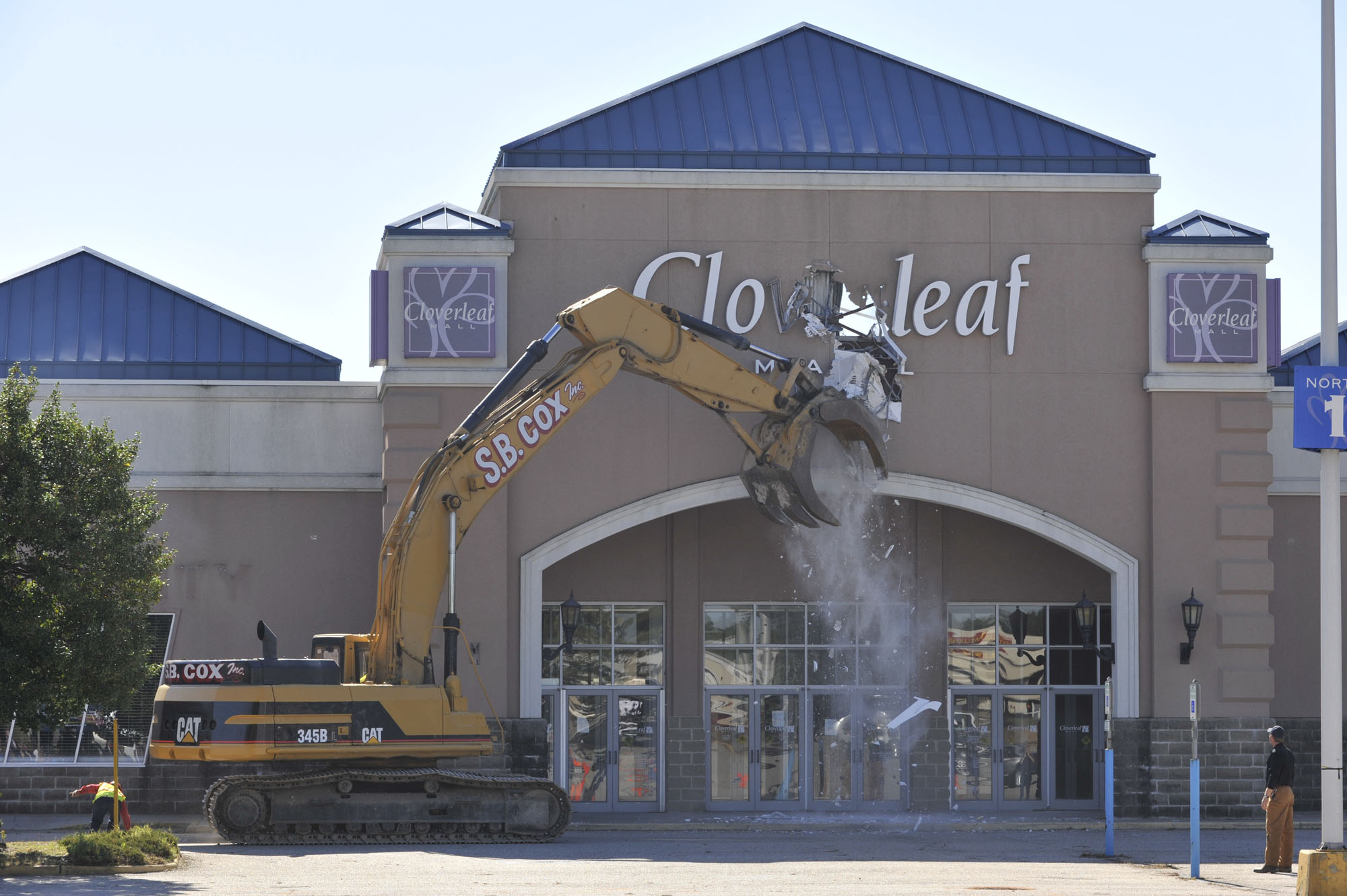 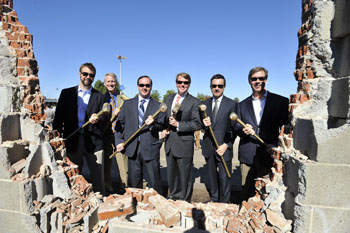 Stonebridge is a joint venture between Crosland Southeast and Hartford-based Hutensky Capital Partners and is being celebrated as a significant advancement in revitalizing one of the region’s popular gateways to Chesterfield County, which borders the city of Richmond on the eastern corridor of Midlothian Turnpike. This regional site boasts one of the highest traffic counts in the Richmond MSA with over 120,000 cars per day and approximately 180,000 residents within 5-miles with average household incomes exceeding $70,000.

The Kroger Marketplace will be the region’s largest traditional grocery store in size and will represent the Kroger Company’s largest single-store investment in the company’s history. This first-of-its-kind store in Virginia offers shoppers an experience that combines a top-quality grocery store with 30,000 square feet of non-grocery, home store offerings ranging from furniture to home décor. The remaining square footage of the first phase of development will include a Kroger fuel station, 20,400 square feet of smaller retail shops and four (4) out parcels.

“Seeing the enthusiasm behind the project confirms and validates our decision to anchor Stonebridge with the Kroger Marketplace,” said Jay Cummins, president of Kroger’s Mid-Atlantic division. “It’s an incredible feeling when a company’s enthusiasm is matched by the community’s – and that’s what we’re seeing at Stonebridge with the new Kroger Marketplace.”

Still in the planning phases, Crosland Southeast and Hutensky Capital Partners plan to commence on Phase II of Stonebridge in mid-2012. This next phase is projected to include 175,000 square feet of retail space plus approximately 350 multi-family residences. 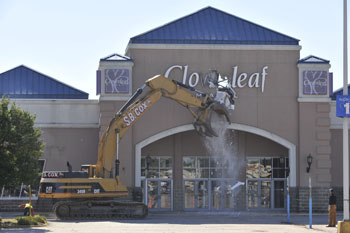 Chesterfield County purchased the Cloverleaf Mall and adjacent property in 2004 to stimulate private-sector interest in a major redevelopment that would serve as an economic catalyst. In 2006, the County offered economic incentives in the form of tax increment financing to support demolition of the mall and to provide new infrastructure. As a result, 22 national, regional and local real estate developers interviewed for the opportunity to proceed with a redevelopment plan for the 83-acre property. Crosland was selected. The project was designed by McMillan Pazdan Smith, engineered by the Timmons Group and will be constructed by HOAR Construction. Demolition will be done by S.B. Cox.

“From the onset, it has been our goal to build a place that restores a sense of community and has the potential to make a positive impact on the region as a whole,” says James Downs, Crosland Southeast partner. “Chesterfield County saw great opportunity in investing in this property and we are working to make that vision a reality. Stonebridge is a solid example of how the public and private sectors can collaborate even in the most fragile of economies to facilitate revitalization.”

The Crosland Southeast partners have been active in Richmond for the past several years having developed the 111,000 square foot Rutland Commons Shopping Center, also anchored by Kroger.

With its acquisition of Crosland’s Retail Development Company in 2011, Crosland Southeast and its partners have a long history of developing and leasing award winning retail and mixed- and multi-use developments throughout seven southeastern states. The Crosland Southeast founding partners previously served as officers of the 74-year old Crosland legacy company, Crosland LLC, and have a combined 110 years experience in the shopping center industry. During their tenure at Crosland, they have successfully developed over 10 million square feet of commercial space.

Notable projects include Biltmore Park in Asheville, N.C., Blakeney and Birkdale Village in Charlotte, N.C., Providence Marketplace in Nashville, Tenn., and The Shops at Greenridge in Greenville, S.C. Through their leadership, Crosland earned a reputation as being one of the leading retail development companies in the Southeast United States.

Hutensky Capital Partners (“HCP”) is a real estate fund manager that invests in retail and mixed-use retail real estate through joint ventures, direct acquisitions, and loans. HCP is currently investing Hutensky Capital Partners II, L.P., a fully discretionary institutional fund with over $100 Million in equity under management. HCP combines an experienced investment team with a hands-on operating affiliate, The Hutensky Group, which since 1979, has been active as both a developer and redeveloper of retail assets throughout the country. THG has been involved in more than 150 retail properties in 28 states representing more than 25 million square feet as owner, developer, manager, leasing agent and/or advisor.