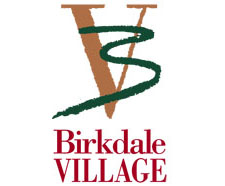 Soon after construction began in 1999 on 52 acres of horse pasture north of Charlotte, Birkdale Village quickly transformed the Lake Norman bedroom community into a thriving regional retail destination, while also providing a vibrant “Main Street” core in which to live, work and shop.

The development also offers 75,000 sq ft of Class A office space. The community’s 320 apartment homes include 70 different floor plans, and more than 80 percent of the residences are located above retail space.

Birkdale Village, the mixed-use community developed by Crosland and Pappas Properties in 2003, won the 2004 International Design and Development Award from the International Council of Shopping Centers (ICSC).

Birkdale Village was one of nine developments around the world to earn the ICSC honor; other winners were from Australia, Japan, the Philippines, Portugal and Spain. Established in 1977, the International Design and Development Awards recognize “outstanding shopping center projects that have successfully solved many different problems [and] can truly be held up as examples of what can be accomplished with a lot of hard work and creativity.”

Birkdale Village won in the category of Innovative Design and Construction of a New Project from 150,001 to 500,000 retail square feet. Winners were announced at the ICSC CenterBuild conference in Phoenix.

National Association of Home Builders bestowed its 2003 Pillars of the Industry Award on Birkdale Village as the best mixed-use development in America, and the Urban Land Institute named Birkdale Village one of 26 international finalists in 2003 for its prestigious Award for Excellence.

Birkdale Village has become a model for effective mixed-use strategy, influencing other projects nationwide. Shook Kelley Inc. created the master plan, conceptual design and was co-architect of record along with The Housing Studio. LandDesign was the landscape architect.