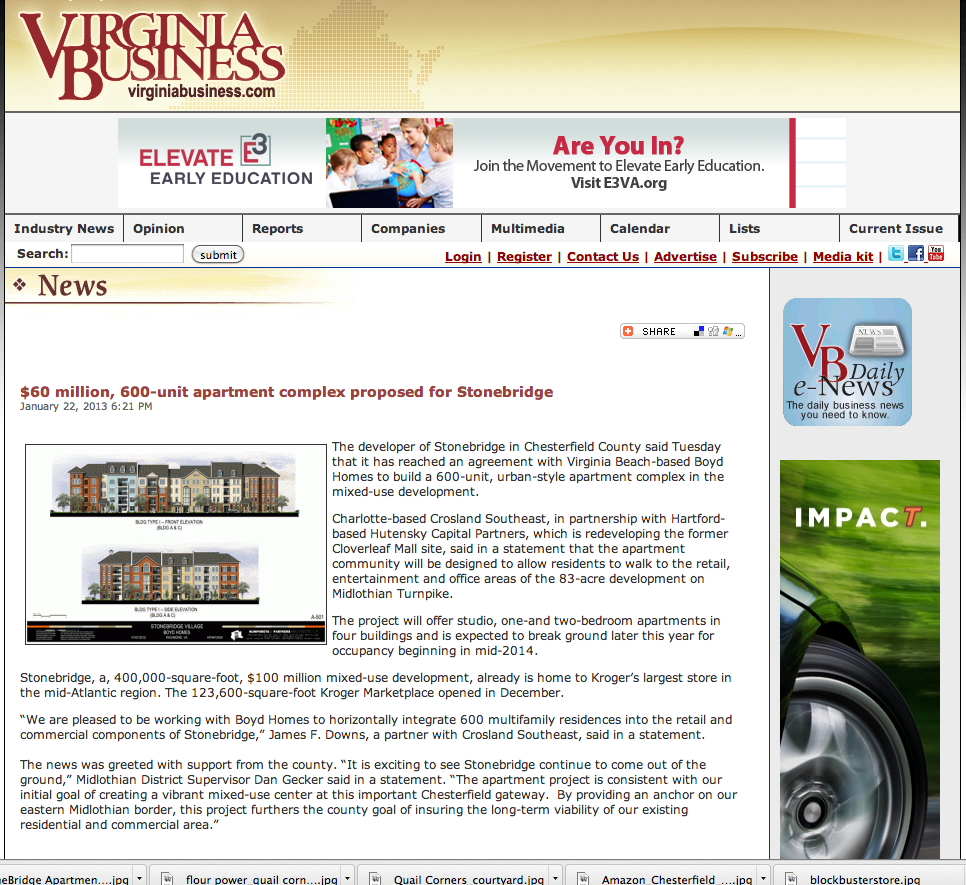 The developer of Stonebridge in Chesterfield County said Tuesday that it has reached an agreement with Virginia Beach-based Boyd Homes to build a 600-unit, urban-style apartment complex in the mixed-use development.

Charlotte-based Crosland Southeast, in partnership with Hartford-based Hutensky Capital Partners, which is redeveloping the former Cloverleaf Mall site, said in a statement that the apartment community will be designed to allow residents to walk to the retail, entertainment and office areas of the 83-acre development on Midlothian Turnpike.

The project will offer studio, one-and two-bedroom apartments in four buildings and is expected to break ground later this year for occupancy beginning in mid-2014.

“We are pleased to be working with Boyd Homes to horizontally integrate 600 multifamily residences into the retail and commercial components of Stonebridge,” James F. Downs, a partner with Crosland Southeast, said in a statement.

The news was greeted with support from the county. “It is exciting to see Stonebridge continue to come out of the ground,” Midlothian District Supervisor Dan Gecker said in a statement. “The apartment project is consistent with our initial goal of creating a vibrant mixed-use center at this important Chesterfield gateway. By providing an anchor on our eastern Midlothian border, this project furthers the county goal of insuring the long-term viability of our existing residential and commercial area.”